skip to main | skip to sidebar

Miscarriage of Justice in Mississippi - The Scott Sisters

All Eyes Are Still On Mississippi: Free The Scott Sisters!!! 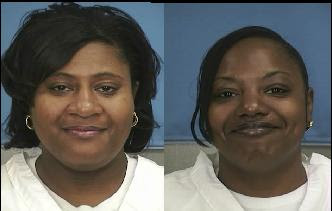 The Scott Sisters (l-r): Jamie & Gladys
In a trial fraught with legal malpractice and witness coercion, Mississippi Judge Marcus Gordon oversaw one of the most blatantly corrupt trials in history, culminating in the staggering over-sentencing of sisters Gladys and Jamie Scott to double-life each in an armed robbery where no one was murdered or harmed and the amount alleged to have been taken was a whopping $11.00.
On December 24, 1993, the Scott County Sheriff’s Department arrested the Scott sisters for armed robbery even though three young males, ranging from ages 14 to 18, confessed to committing the crime. Despite this, the corrupt Mississippi sheriff used coercion, threats, and harassment to compel them to turn state’s evidence against the Scott sisters due to a long-standing vendetta against a family member. The 14-year-old male would later testify that he did not read the statement and was pressured to sign a written statement prepared by the sheriff without an attorney being present.
As if that weren't bad enough, these young women received incompetent legal representation at the lower court trial. Their attorneys, Firnist J. Alexander, Jr. and Gail Shaw-Pierson failed to interview and subpoena witnesses, only calling one witness when there were several. Incredibly, the jury never even heard any testimony from the alleged victims. The sisters were advised to not testify on their own behalf by their attorneys, Alexander and Shaw-Pierson, denying them the opportunity to speak for themselves.
To learn more about this case, contact:
Mrs. Evelyn Rasco (their mother who is raising their children)
P.O. Box 7100
Pensacola, Florida 32534
E-mail: rqueenbee2222@yahoo.com
Website: www.freethescottsisters.blogspot.com
Petition: http://www.ipetitions.com/petition/Free-Jamie-Gladys/index.html
Legal Transcripts: http://www.scribd.com/Scott%20Sisters
Posted by The Urban Scientist at 10:46 PM 56 comments

Get ready! Hundreds, nay thousands of blogs united to educate and raise awareness on our earth's most pressing issue - Climate Change.

Posted by The Urban Scientist at 9:42 PM 7 comments

How many female math, science or engineering teachers (high school) or professors (college) did you have in school. Well, I'd wager not many. That's because womean still earn a smaller percentage of the new PhDs in these fields than do men. More women are joining the academic ranks, but the rate of growth is still rather slow. Check out the Scientific American article Why Aren't More Women Tenured Science Professors? to read more about it and wiegh in on the topic. 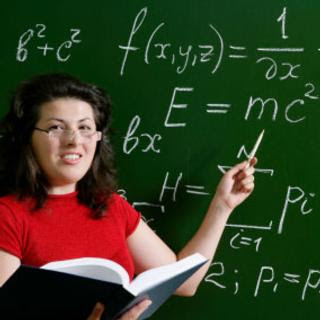 Posted by The Urban Scientist at 7:11 PM 10 comments 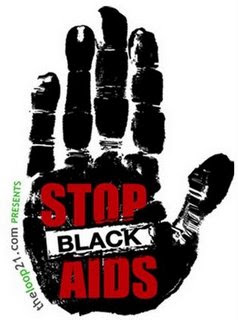 Take action: Sign this petition and begin a frank conversation about HIV/AIDS!

Today's science vocabulary word is DESPOTISM.
It is defined as absolute authority. A DESPOT ( noun) means one who oppressively rules others, as in an tyrannical or autocratic leader.
But in ecology, despotism is used to describe organisms (either individuals or populations) who consume important resources without regard to others or the future need for those resources. These organisms consume, consume, consume and leave little, if anything for others.
It's a word used in social studies that ecologists and evolutionary biologists have adopted to explain the evolution and maintenance of social behavior, cooperation, selfishness, and altruism in many animal species, including humans.
I like this word because it is a great way to name call people - greedy people, or rude people you encounter - who use up public resources without regard to others. For example, the person who eats up all of the shrimp cocktail at the happy hour or the person in your office who monopolizes the copy or fax machine and prevents others from getting work done. 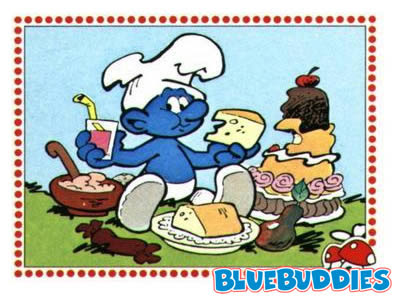 Posted by The Urban Scientist at 3:22 PM 1 comments

Many African-American women complain of unwanted facial hair. The problem seems to become especially problemsome as they age and hormone fluctations change. Women spend an amazing amount of time tweezing, plucking, waxing, and shaving, plus the cost associated with the activity. It's a serious beauty concern. Very recently scientists of the Chinese Academy of Sciences have identified the gene responsible for congenital generalized hypertrichosis terminalis (CGHT) or the Bearded Lady Syndrome (something more extreme than those irritating hairs most women complain about).

Read more about the discover at Live Science: Genes of 'Bearded Lady' Revealed.

Posted by The Urban Scientist at 6:38 PM 15 comments 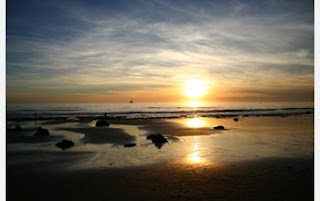 Twenty years ago, the oil tanker Exxon Valdez was exiting Alaska's Prince William Sound when it struck a reef in the middle of the night.
What happened next is considered one of the nation's worst environmental disasters: 10.8 million gallons of crude oil spilled into the pristine Alaskan waters, eventually covering 11,000 square miles of ocean.
Now, imagine 8 to 80 times the amount of oil spilled in the Exxon Valdez accident.
According to new findings by scientists from the University of California at Santa Barbara (UCSB) and the Woods Hole Oceanographic Institution (WHOI), that's how much oil has made its way into sediments offshore from petroleum seeps near Coal Oil Point off Goleta, Calif., in the Santa Barbara Channel.
These natural seeps release some 20 to 25 tons of oil daily, "providing an ideal laboratory to investigate the fate of oil in the coastal ocean," says oceanographer David Valentine of UCSB.
The team's research, reported in a paper published in the May 15 issue of the journal Environmental Science & Technology, documents how the oil is released by the seeps, carried to the surface along a meandering plume, then deposited on the ocean floor in sediments that stretch for miles northwest of Coal Oil Point.
The findings also reveal that the oil is so degraded by the time it gets buried in the sea bed that it's a mere shell of the petroleum that initially bubbles up from the seeps.
"These were spectacular findings," said Christopher Reddy, a marine chemist at WHOI and, along with Valentine, one of the co-authors of the paper.
Other co-authors include UCSB's Libe Washburn; and Emily Peacock and Robert Nelson, both of WHOI.
"Whether it comes from a natural seep or from human industry, oil entering the ocean has a 'life story,'" says Don Rice, program director in the National Science Foundation (NSF)'s Division of Ocean Sciences, "one with many chapters after the early ones we all see--the surface slicks, tar balls on the beach and affected marine animals. This team of scientists set about constructing the rest of the story--and succeeded.
"In an energy-hungry world, it's a tale we're going to need to know a lot about."
The lead author is Christopher Farwell, who at the time of the research was an undergraduate studying chemistry at UCSB. Inspired by this project, Farwell has changed his career path and is now a graduate student at UCSB studying marine science and earth science.
"It was a great opportunity," Farwell said. "I was able to cross over into a different discipline that allowed me to make a contribution and understand the process of science as a whole."
Valentine, who supervised Farwell's research, said, "It's unusual to have an undergraduate take the lead in such a significant study, and its success is a testament to Chris's perseverance."
In an earlier paper published in 2008, Valentine and Reddy documented how microbes devour many of the compounds in the oil emanating from the seeps.
The new study examines the final step in the life cycle of the oil.
"One of the natural questions is: What happens to all this oil?" Valentine said. "So much oil seeps up and floats on the sea surface. It's something we've long wondered.
"We know some of it will come ashore as tar balls, but it doesn't stick around. And then there are massive slicks. You can see them, sometimes extending 20 miles from the seeps. But what is really their ultimate fate?"
Based on previous research, Valentine and Reddy surmised that the oil was sinking "because the oil is heavy to begin with," Valentine said.
"It's a good bet that it ends up in the sediments because it's not ending up on land. It's not dissolving in ocean water."
An all-night sampling marathon on the research vessel (R/V) Atlantis, funded by NSF, provided the means to test the hypothesis. With Farwell and Reddy leading the way, the team took 16 sediment samples from the ocean floor, following a carefully calculated path mapped out by Farwell.
The researchers were hoping that their route, described by Farwell as a "rectangle along the coast from Santa Barbara to Point Conception," would match the trail of the plume.
Farwell's calculations were perfect, Valentine said. The 16-point route yielded an unmistakable pattern of oil-saturated sediment all along the ship's path.
The scientists then painstakingly analyzed the samples using Reddy's comprehensive two-dimensional gas chromatograph. "What we saw is that we can link the seep oils to the oils in the sediment," Valentine said.
"We can do that through the composition of molecules that are specific to the oils from the seeps. So, being able to link them, and being able to quantify how much is there, we can see the pattern of the oil. It's coming from the seeps."
Washburn, who has been using radio waves to map ocean currents off Santa Barbara, provided additional evidence. "Libe took a seven-year average of surface current flow in the region, and plotted that out," Valentine said. "It matched perfectly with our plume."
This research proved to be an extension of the 2008 study by Valentine and Reddy: that the oil has indeed been degraded, largely eaten away by microbes, before it settles back to the ocean floor and becomes buried.
"For all these samples, the bacteria seem to hit a common 'wall' where they don't eat anymore," Valentine said. "In the previous study, we were looking at subsurface biodegradation where there is no oxygen.
"You still have thousands of compounds in that oil, but now we're seeing the evaporation and dissolution that happens to the slick, and then the biodegradation that happens in the slick with oxygen present.
"When it finally falls to the sea floor, it continues to be biodegraded. It seems to be biodegraded to the same point--and then it just stops."
"It's dramatic how much the oil loses in this life cycle," Reddy said. "It's almost like someone who has lost 400 pounds."
-NSF-
Posted by The Urban Scientist at 10:56 AM 10 comments

Fill Up on More Science

Blogs I Relate To